The Grosvenor family ancestry can be traced back almost 1,000 years, while its association with London property began over 340 years ago - in 1677 - when land to the west of the City of London came into the family following the marriage of Sir Thomas Grosvenor to Mary Davies.

Developing what were once pastures, swamps and orchards into London’s fashionable Mayfair in the 1720s, elegant Belgravia a hundred years later, and expanding and diversifying internationally from the 1950s onwards – the Grosvenor name has become associated with world-class real estate.

Today, Grosvenor is an international organisation which continues to be active in urban property within many of the world’s leading cities, while also expanding its investment activities in the food & agtech sector – and focusing on rural estate management and philanthropy.

Common to our activities through the centuries are high standards and an emphasis on ambition and innovation – driving our delivery of lasting commercial, social and environmental benefit - addressing today’s needs while taking responsibility for those of future generations.

The Grosvenor family ancestry can be traced back almost 1,000 years to when Gilbert le Grosveneur came to England with William the Conqueror.

In the 600 years that followed, the family grew its landholdings, finances and status, establishing a home in Eaton, Cheshire, in the early 1440s; investing in coal, stone and lead mines in the 1580s in Denbighshire and Flintshire; and seeing its finances drained in the 1640s when supporting the King during the English Civil War.

In 1677, meadow, marsh and pasture lands to the west of the City of London came into the family following the marriage of Sir Thomas Grosvenor to Mary Davies, daughter of a scrivener.  Mary was heiress to the manor of Ebury, acquired by her great grand-father, Hugh Audley, a clerk of the Court of Wards and Liveries.

The centuries that followed saw Grosvenor develop those lands and use the knowledge and expertise acquired in the process to venture further afield, creating one of the world’s few international property companies.

The 1720s and the development of Mayfair

The 18th century was a period of rapid growth for London which following the plague of 1665 and the great fire of 1666, was being rebuilt on a grander and more ambitious scale.

The early stirrings of the Industrial Revolution and a thriving mercantile trade powered the national economy. With relative political stability and the desire of many to move away from disease in the more crowded parts of the capital, new districts began to be created beyond traditional city limits in the largely rural ‘West End’.

One such venture, Mayfair, took its name from a spring fair with origins in the 1500s that in the late 17th century moved to the area.

Grosvenor’s development of the district began in 1720 - the grid of wide, straight streets created, largely surviving to the present day.

With Grosvenor Square at its heart - London’s second largest garden square after Lincoln’s Inn – Mayfair’s success was founded in its appealing layout, the outstanding quality and craftsmanship of its buildings, proximity to the Court of St James and to the Royal Parks. Combined, they gave Mayfair a high status as the capital’s residential district of choice.    The area’s character would constantly evolve in the centuries that followed.

Tradesmen such as lacers, chandlers and coach makers gradually gave way to new professions and fashionable shops catering to the needs and tastes of new generations. 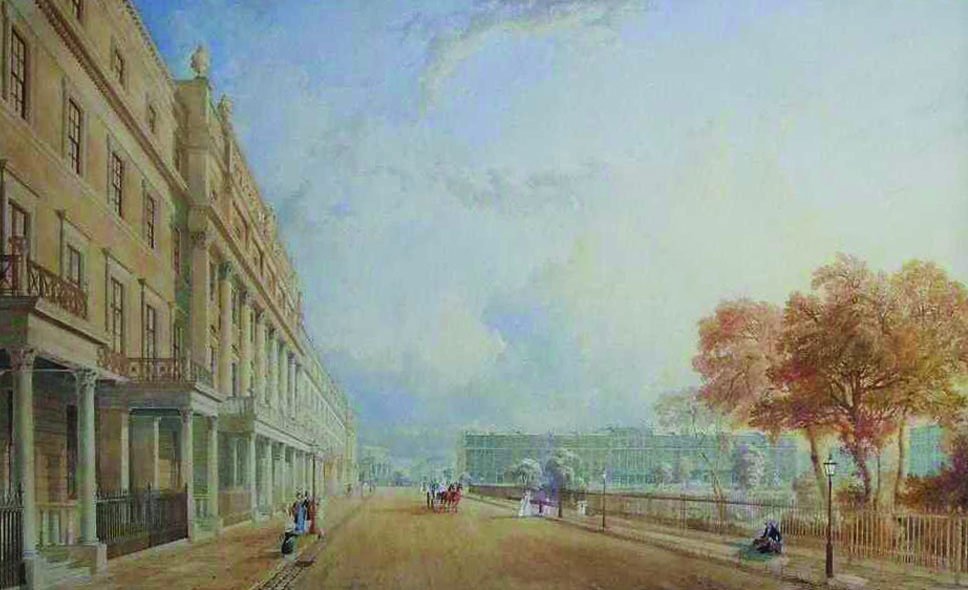 The 1800s and the creation of Belgravia and Pimlico

Following the end of the Napoleonic wars in 1815, London’s pace of expansion accelerated exponentially, with the city’ population growth on a course which would see it become the world’s largest by the end of the century.

In the 1820s, Robert Grosvenor, who became First Marquess of Westminster in 1831, took the opportunity of developing land to the south-west of Mayfair, between Hyde Park and the River Thames; close to Buckingham House which was being converted into a new palace for King George IV.

Instructing Thomas Cundy, and then his son, as architect and surveyor, and Thomas Cubitt, a master builder and developer of outstanding merit, the development of Belgravia created a fashionable new quarter of houses, garden squares, streets and crescents in the Regency style, on a scale and with an enduring cohesion not previously seen in central London.

At the southern edge of the area, marshy lands described by American writer Edgar Allan Poe as ‘barren fetid damp waste’, were reclaimed using the soil excavated during the construction of London’s St Katharine’s dock to create Pimlico – a new district, also designed by Cubitt, based on a grid of attractive terraces - built in the Regency style – and largely attracting the middle classes.

Belgravia quickly became one of the capital’s most desirable and eclectic residential addresses, becoming - as many blue plaques in the area testify - a magnet for some of the leading exponents of the worlds of politics, science and the arts, as well as, particularly after the Second World War, a preferred location for many embassies and institutions.

Pimlico meanwhile established itself as a professional area and as a centre of political activity given its proximity to the Houses of Parliament. In the late 19th century, it also became the chosen location for several charitable housing projects, many of which were funded by Grosvenor, designed to provide affordable, quality homes.

Almost 200 years later, the architectural palette devised by Cubitt and his successors and consisting of stucco, brick, slate, painted timber sashes and bespoke joinery remains remarkably consistent and stands as a tribute to the original vision.

While Grosvenor’s interests in Pimlico were sold in the early 1950’s, Belgravia remains part of our London estate.  Together with Mayfair, it boasts more than 1,500 listed buildings, 50 of the Grade 1, which are recognised and protected for their outstanding architectural and historical merits.

In partnership with the local community and Westminster City Council, we fulfil our role as stewards of change and evolution in a constructive, creative and thoughtful manner, helping the area move into its third century – preserving and enhancing its outstanding legacy for the next generation.

In the late 19th century dwellings for nearly 4,000 working class Londoners were created across nine sites including Brown Street and Hart Street, known today as Brown Hart Gardens, under the patronage of the first Duke of Westminster.

The social changes engendered by World War I became a catalyst for many of the area’s grandest houses being converted to embassies and diplomatic residences, while substantial redevelopments affected Mayfair’s Mount Street (pictured), Carlos Place and Grosvenor Square.

Damage from heavy bombing on the city of London during the Second World War prompted many businesses to relocate west with Temporary Office Permissions which finally came to an end in the early 1990’s when many of Mayfair’s buildings, once again, reverted to residential use.

While adapting to profound change, Mayfair has retained its prestige, and through its thriving leisure, retail, office and residential offering, it sits today at the heart of London and as part of a successful West End which acts as a major contributor to the UK economy.

Despite its long term appeal, we are not complacent and we continue to work with local stakeholders to help shape its long-term success. 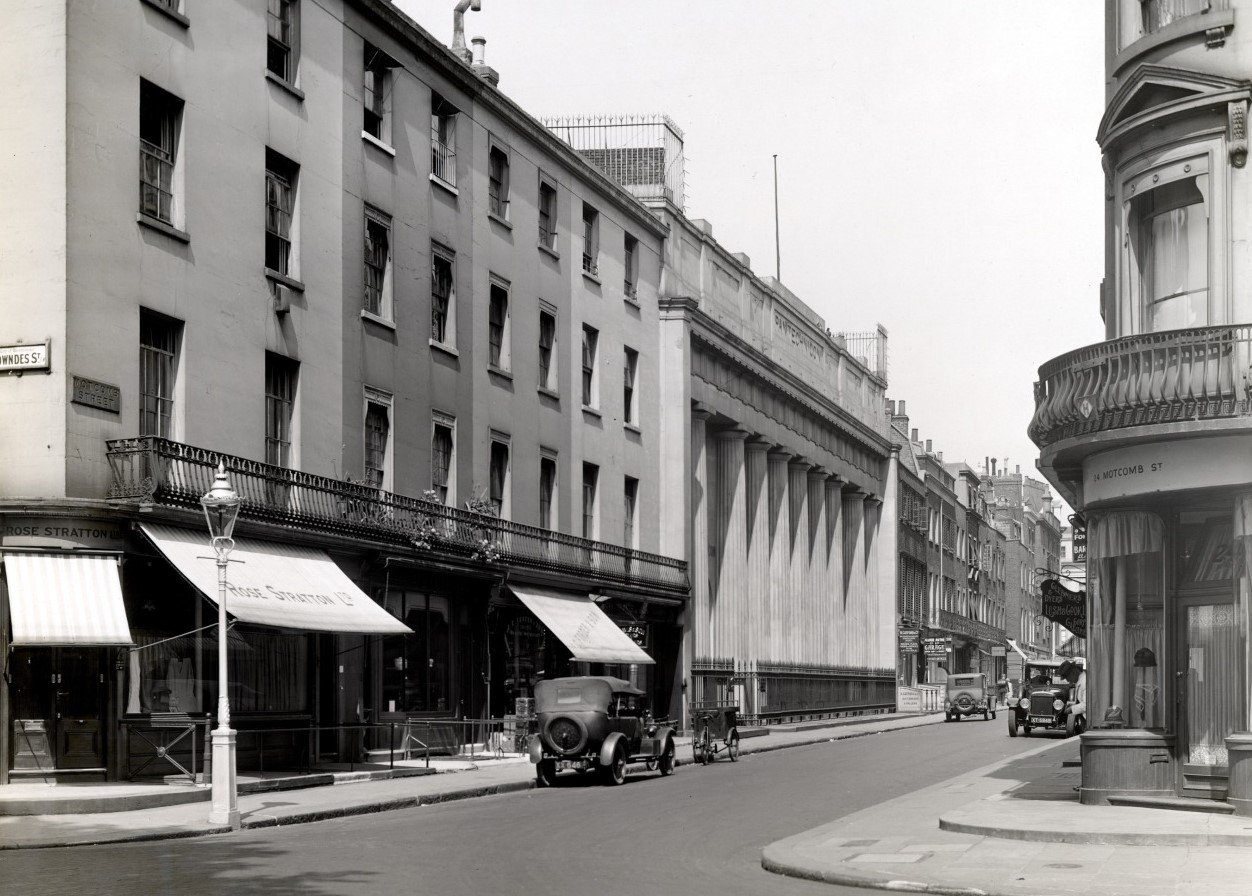 The Edwardian years saw London continue to grow, both economically and physically. As new hotels, department stores and theatres sprang up across the West End; Grosvenor continued to evolve its London estate, working, in the 1920s, to sustain progress against the impact of the First World War.

The revolution of steel framed construction in the early part of the century unleashed a new scale of design and the development of large mansion blocks, several purpose-built office and other commercial buildings.

The movement for social housing which developed in the second half of the 19th century to contrast the extreme inequalities of Victorian London through the efforts of social reformers and philanthropists such as George Peabody and the first Duke of Westminster, gathered pace in the 1920s and 30s.

In 1924 Grosvenor leased land in Pimlico at a peppercorn rent to enable the construction of homes for around 300 people, and after severe flooding destroyed many working class homes in Millbank and elsewhere in the great flood of 1928, the 2nd Duke, acting with the Mayor of Westminster, gave five acres of land to the City, as well as a substantial sum towards the construction of the new homes ‘for the working classes’ and an annual grant to enable the rents of protected tenants to be maintained at the level originally set.

The 6th Duke of Westminster would later defend the social rented status of those homes, successfully opposing the Council’s desire to sell off the flats in a famous court case against Westminster Council in 1990. 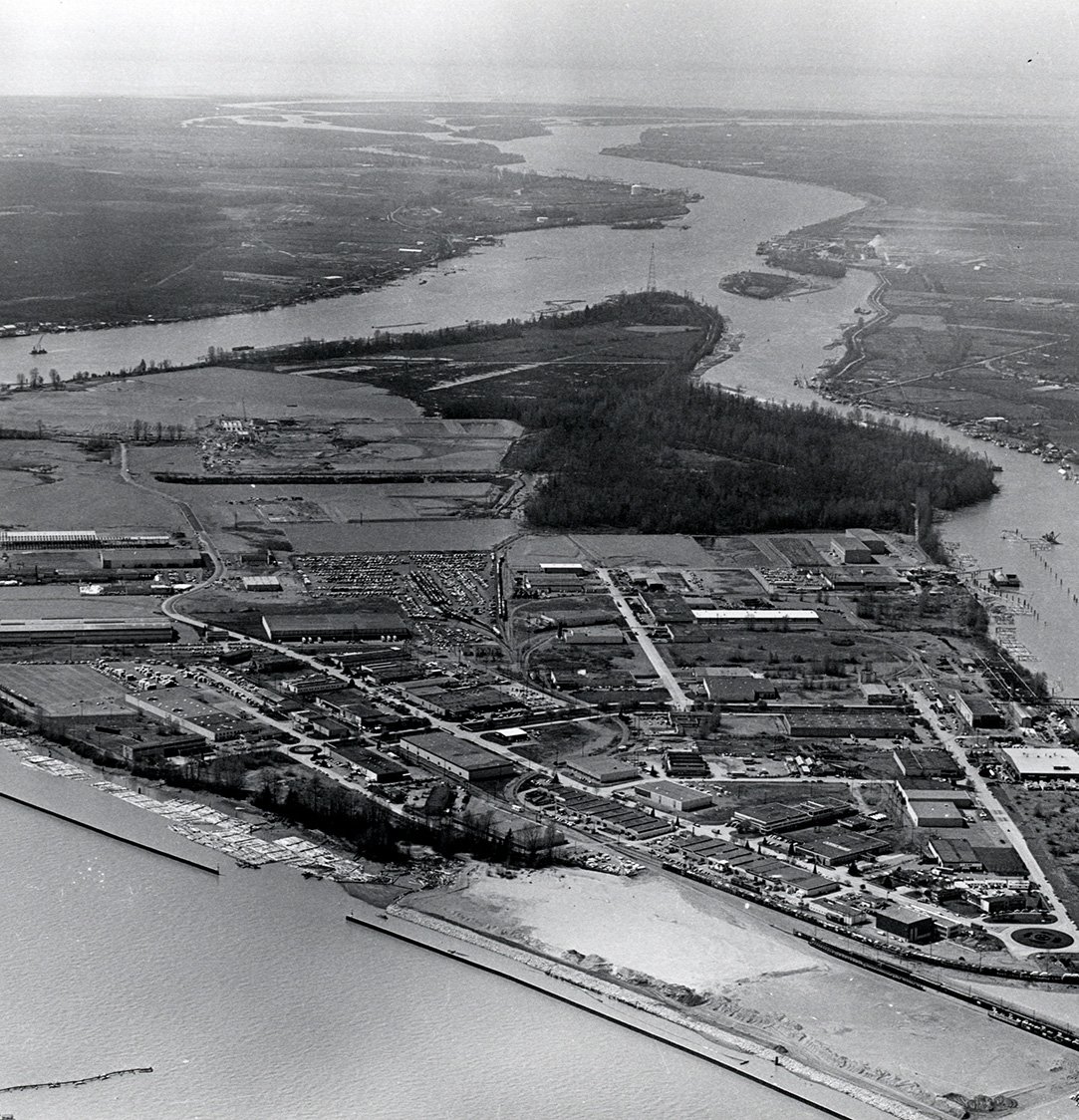 The majority of Grosvenor’s holdings in Pimlico, 66 acres, were sold in 1952.  Selected other properties, such as the former Grosvenor House (now the Grosvenor House Hotel) and Claridge’s, were sold in the 1920s and 30s. This was done on a piecemeal basis to avoid depressing the market and in preparation for expected death duties due upon the passing of the 2nd Duke of Westminster. The approach also allowed for the proceeds to fund the organisation’s international expansion.

Looking to apply its estate management skills of investment, development and asset management outside of the UK, Grosvenor embarked on its first significant international investment in 1952 with the acquisition of Annacis Island (pictured) in Vancouver, which opened in 1955 as Canada’s first industrial park. 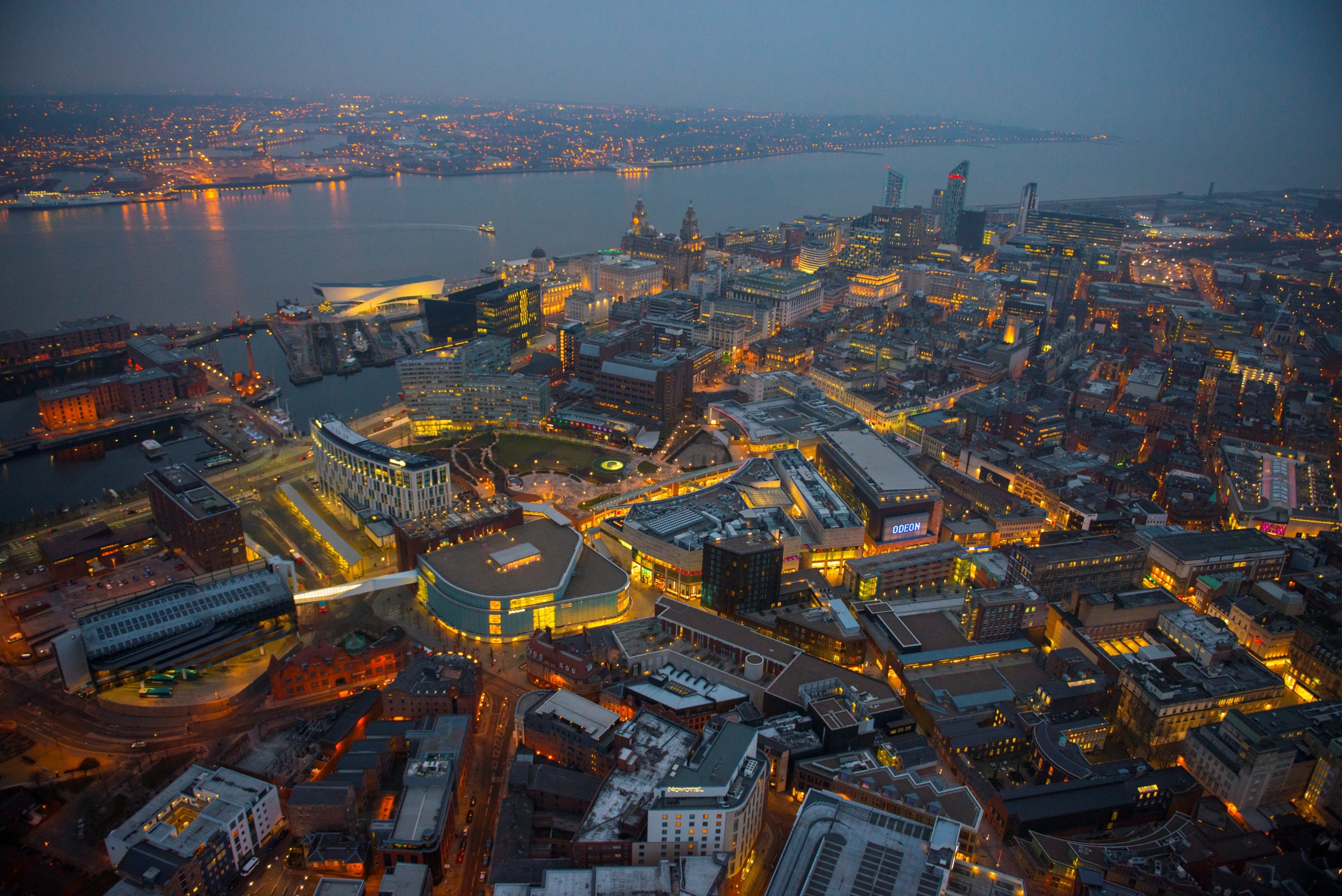 Our international expansion, much of it undertaken in partnership with other investors, gathered pace in the years that followed with new investments being completed elsewhere in North America including Hawaii; Australia (from the 1960s), Asia Pacific (1994) and Continental Europe (1996).

From master-planning activity in Hawaii and Australia, the creation of offices and retail destinations throughout North America and Australia to residential developments of exceptional design and quality in Japan and elsewhere, Grosvenor’s international activities proved wide-ranging.

Meanwhile, in the UK, Grosvenor’s London estate further evolved with the development of new apartment and office blocks. Drawing on its Canadian experience where a number of shopping centres had been developed, Grosvenor completed one of the UK’s first covered shopping centres in Chester’s city centre in 1965. It was to be the first of a further 16 town centre shopping developments we would later develop throughout the country – culminating with the opening of the transformative Liverpool ONE in 2008. 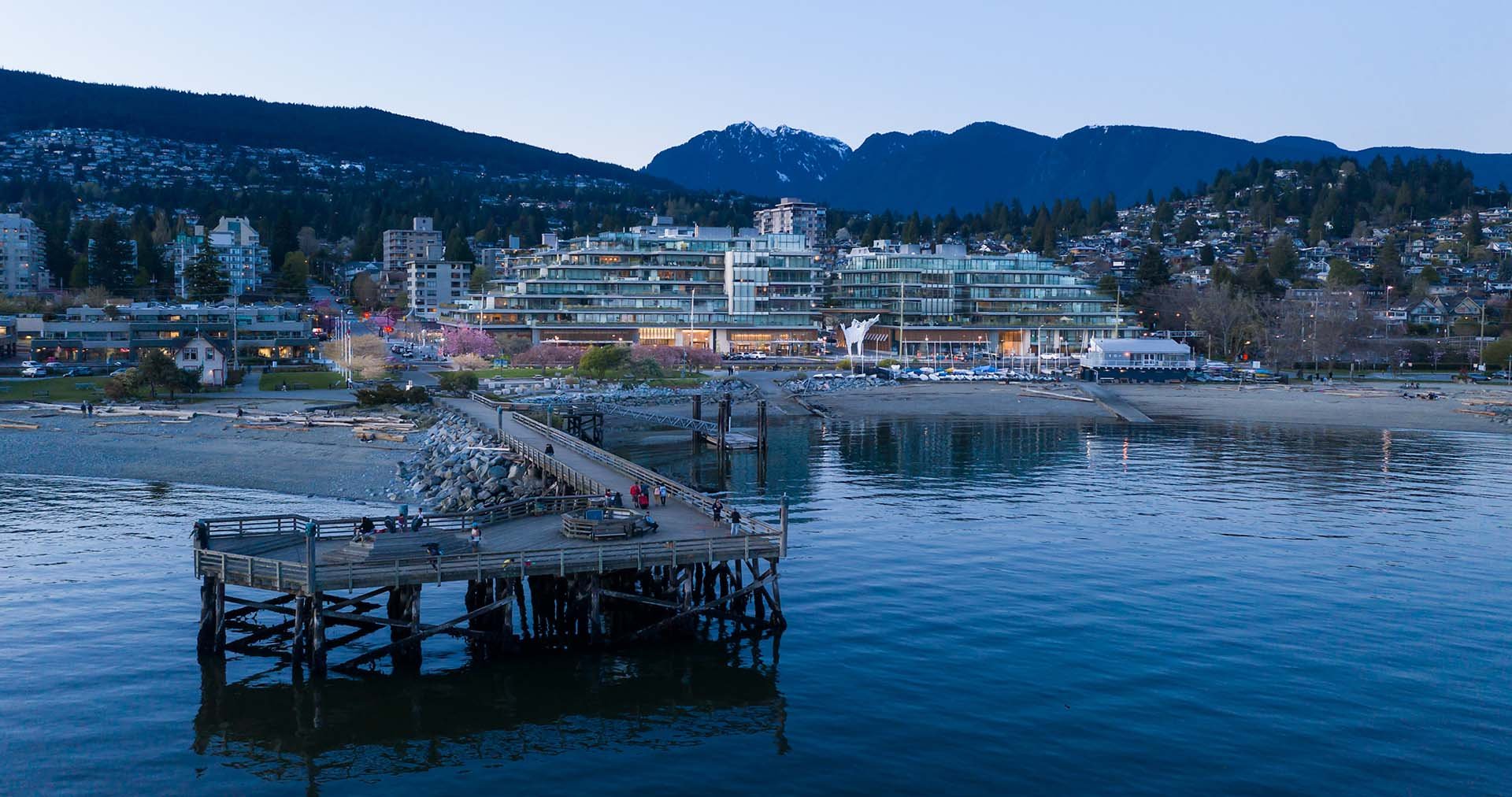 The 21st Century – investing for the long-term

Against a backdrop of a global economy more interconnected than ever before and new emerging superpowers challenging for a new world order, Grosvenor stands as an organisation which continues to be associated with world-class urban real estate - developing, managing and investing in property in many of the world’s leading cities.

Beyond property, Grosvenor founded Wheatsheaf Group (now Grosvenor Food & AgTech) in 2012 to diversify its activities beyond property and land, choosing a sector that offered the opportunity to make a positive and tangible difference to society - by improving the food system to make it better for human health and the environment, while enabling producers to thrive.

Today’s focus on international urban property and food and agtech is complemented by our management of rural estates and their environmentally sensitive habitats, as well as our support for charitable initiatives targeted at vulnerable young people.

We believe in transparency and accountability and abide by the highest standards of corporate governance.

We remain a values-led business with integrity, respect and trust standing as the hallmarks of everything we do.

Our purpose is to delivery lasting commercial, social and environmental benefit addressing today’s needs while taking responsibility for those of future generations.

Find more about the impact of our activities here